Yes, you heard that right. I’m back in the field doing what I enjoy most – healing. It’s been a while since this blog has seen some proper healing notes. My raiding adventures now will not be anything close to hardcore. Infact, I will be casual with a capital C and happy about it. Furthermore, I am joining the fine gnomes of G4 in our shared quest of gnome powah, so I know my new raiding journeys are going to be nothing short of epic.

END_OF_DOCUMENT_TOKEN_TO_BE_REPLACED

It’s worth noting on the outset that there’s a marked difference in Blizzard’s approach to classes in general. The Legion Class Preview Series return to the fantasy of the class and then proceed to mark out their changes and design philosophies with lore as their guide map.

It is a wonderful change from the last few years and I for one, am glad that they are returning to the core of what makes us want to play our classes. It isn’t just numbers, rotations and flavour of the month – it’s the story, character and fantasy that draws us to it.

With that in mind, I dove in to look at what they had in store for us healing priests….and so far, I like what I see!

END_OF_DOCUMENT_TOKEN_TO_BE_REPLACED

This is the one fight where the big baddie we fight actually seems both to me – big and bad. If there was one fight I saved my all caps “OH MAH GAWD” moments for, this would be it. Just saying – having a ridiculously huge dinosaur come charging at you is a legit… and I mean legit reason to panic.

Not that I panicked. Not once. Nope. Ok… maybe twice. No, really.

END_OF_DOCUMENT_TOKEN_TO_BE_REPLACED

Greetings! Patch 5.4 is almost upon us, so it was time for me to make my handy-dandy list of shinies that I’d like. Note that for this patch, there will be no valour gear from vendors. We will, however continue to have a chance at slightly better “warforged” gear throughout (the 5.4 equivalent of “thunderforged”). Flex raiding is making an entrance this patch, and with it a fourth item level.

This list includes gear from: Siege of Orgrimmar (raid), World bosses and professions.

END_OF_DOCUMENT_TOKEN_TO_BE_REPLACED

The heroic version of Jin’rokh is just as fun as the normal version is! He’s a big ugly troll who looks much meaner than he actually is. And now, I have a video of the fight as proof! I did a different take on this one and went with captions coupled with some eccentric music (don’t judge me!), instead of the usual narration. Let me know what you think!

END_OF_DOCUMENT_TOKEN_TO_BE_REPLACED 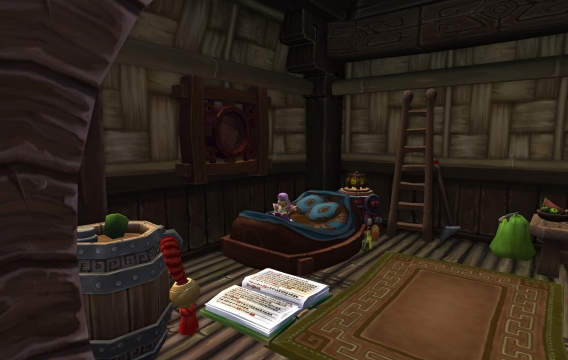 It’s about time the most recent post on my blog not be about doom, gloom and rants. And it’s because I’ve been grinning like a kid in a candy store over the weekend! 🙂

In my last post I mentioned that I’d applied to a hordeside guild and raid team. The update since then is that I did all the homework I could so it wouldn’t turn out like my experience three months ago. I listened in on a raid in mumble, asked a zillion questions and provided logs to make sure I was the healer they wanted. I liked what I heard – it had me laughing the entire time, and that’s always a good sign. Long story short, they picked me and a hop, skip, jump later there I was healing again.

I was a little nervous ofcourse – the first time stepping into a real raid in the last three months and it turns that the first boss I’ll be dealing with is a heroic one! I crammed the best I could over the weekend to catch up in strats and such, hoped to high heavens that I wouldn’t blow up the raid too often. Needless to say it’s been a very fun weekend of raiding for me. The team is fantastic and I’m still grinning even when we wipe.

And last night, I got something in the mail that I simply couldn’t stop grinning about!

Finding a team that cares about you and invests in a player seems to be a rarity nowadays. And I was overwhelmed when I was given these awesome boots to replace my raid finder ones. The last time something like this happened was during my happy raiding days in Cataclysm on my druid.

I think I’ve found the right team with cool people, who seem to have the right balance between progression and fun. 🙂

Stay tuned as I catch up on my healing perspective posts!

Horrible Horridon gave me a horridly horrendous headache. I just had to say it. 🙂  *Ahem* Horridon is actually a really fun fight that requires a lot of coordination from the raid. If everything is executed well, it turns into a lovely clean polished boss kill that can be rewarding.

This is mostly a two phase fight with the second being the final burn phase. The first phase involves dealing with waves of troll adds of different shapes and sizes and having the right dps priority in getting them down.

END_OF_DOCUMENT_TOKEN_TO_BE_REPLACED

Jin’rokh is the first bad guy in the Throne of Thunder – which, by the way, I think is an awesome awesome raid. I love the environments so far and I’m excited to see the rest!

END_OF_DOCUMENT_TOKEN_TO_BE_REPLACED

I’m back raiding! *creaks raid muscles* It’s good to be healing again – and this is around the time where the new patch will be out soon, and I realise I have all these posts that are waiting published!

Today, it’s all about how to help yet another ugly bug in Heart of Fear meet his doom! Much of the fight involves good positioning and well-timed heals. It’s one of those fights I highly recommend viewing/practicing in LFR – it’s a great way to get used to the mechanics and figure out a healing rhythm.

Blade Lord Ta’yak is a simple fight with two phases. Phase 1 is what I call the raid dance phase, where the raid collapses in and spreads out to deal with Unseen Strikes and Wind Step. Phase 2 occurs when Ta’yak hits 20% health and involves the long-tornado-run-of-doom.

END_OF_DOCUMENT_TOKEN_TO_BE_REPLACED 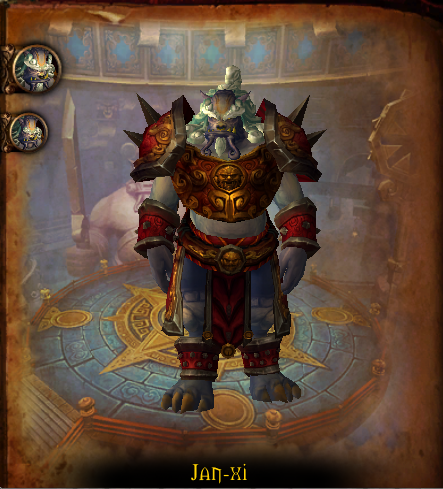 Will of the Emperor is a welcome relief from Elegon. It still requires some intense healing but the key to the fight is mostly in the tank dance and dealing with the adds.

This fight has two phases that alternate throughout – the add phase and the burn phase. While both of these cycle through, the tanks deal with the boss and doing the dance.  The add phase is when different kinds of adds spawn and must be systematically dealt with by the DPS while the burn phase is when the entire room fills with gas and the raid takes AoE damage.

The key to this fight is pacing out the healing and cooldowns as required by the different phases.