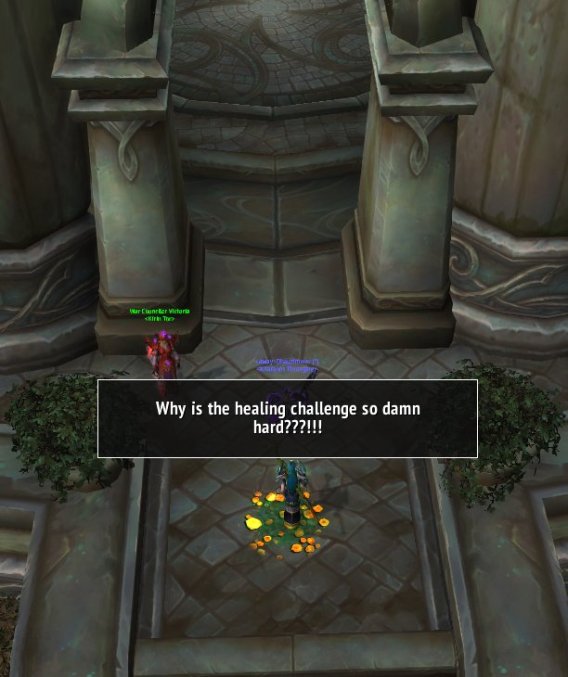 So I finally got interested in the Mage Tower in the last two months. I know I know…late to the party. But in my defence, I didn’t even know about it until then. When I heard the appearances were going away, the resto druid one was the only one I was super excited. (Yes I already got the Discipline one but I wasn’t even excited about it. The whole thing was very meh).

If you’ve been following my rants on twitter, then you know that I have yet to be successful this time around. But I did make progress and make it consistently to the last two phases! There’s hope.

Regardless, I decided to write down my notes and thoughts for next time’s attempts and will update when I do actually finish the challenge. 🙂 And yes, I am considering maining a druid for BfA – but that’s a different post.

Stage 1: (The crazy one with the waves of adds)

(If you’re super on top of it, you can kill them before the second mana sting happens!)

Most important – you want to avoid having a fourth wave.

Stage 6: (Fight the ones you didn’t heal)

Video guide by Torty (which honestly puts me to shame)