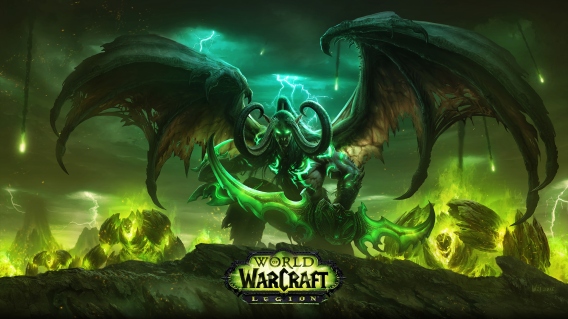 As I awaited the announcement of the new expansion, there was some undeniable excitement but also a bit of nervousness for me. This would be the expansion, I thought, that decided whether I’d stick with Warcraft or end my journey. And it would all boil down to whether Legion offered me what I was looking for in a game.

This is not a Legion hype post by the way – I’ve since gotten off that train. This is just me being blunt and sizing up the announcement and interviews with my gaming interests in mind, no frills. The good news is that it hit a few things on my expansion wishlist. And the bad news….well, we’ll cross that bridge when we get to it.

I’m really happy about the things Legion hit on my wishlist. Just to cross-reference real quick, here’s what I wanted that they checked off:

– No more orcs – CHECK. They also made it pretty clear that they heard the community in this, specifically pointing out that if we liked orcs and spikes, we’d find none of that in Legion. HAPPY DAY.

– A female leader…lead. I was hoping for Tyrande but it wasn’t so – but that’s ok really, because unlike warlords where we had a bunch of orcs in the banner, we now have to female characters in Legion. Maiev and Sylvanas seem interesting enough so I’m willing to say progress is progress. CHECK. 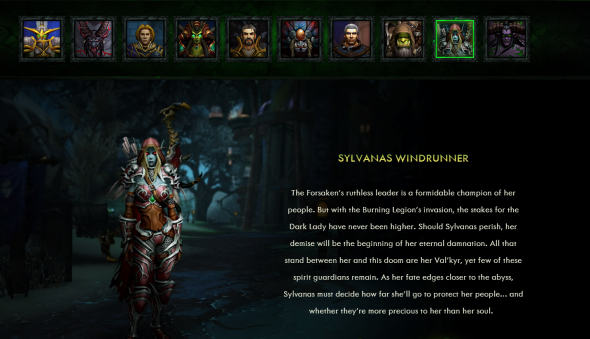 – Interesting Professions. CHECK. We’re getting profession-specific quests as a path to progression in our professions and this to me seems much more promising that what Warlords had us stuck with.

– Class quests. They’ve re-introduced these in a different way than the past – in the form of artifact weapons for each and while it’s never going to be like having the Swift Flight Form quest, I think it’s pretty cool and a step in the right direction. So, CHECK.

– A solid story. Well, this one was a bit tougher. There’s the thing about bringing Illidan back…heh…I think they could’ve written something entirely new like they did for MoP and it would’ve been fine but oh well. But I never saw Illidan in BC when he was relevant so it’s not that bad. On the bright side, there’s no more dodgy time-travel, and I’ve wanted to see Suramar ever since my first character, my night elf druid stepped into Azeroth. (Then again, I was kind of excited to see Karabor and that didn’t pan out so…) We’ll see how this one pans out. SEMI-CHECK.

I was pretty excited to all this and more unveiled at the Legion announcement. As some folks pointed out, it appears they’re throwing everything but the kitchen sink at this expansion – Alleria, Turalyon, Azshara and more.

If you’ve been with my blog a while you may remember that I started out as a druid and eventually branched out (no pun intended) into priest healing and transmog. Well, the new expansion with its elven theme and druid lore galore has me wanting to return to my roots (hehe).

Now for the bad news. Sadly, everything on my wishlist that was gnome-related got nothing. And I mean, absolutely nothing. Which is truly saddening for me because getting even one of my points (either class combos, or Gnomeregan or just having them in a cinematic) would’ve been enough for me. I held off on writing this post simply because I hoped beyond hope that there may be some gnome tidbits the devs would share in the following interviews. Sadly, what they shared has me seriously ticked off.

There are a million better ways to express to your players that you hear their gnomish concerns and sadly, there will be no gnome lore this time around but perhaps will be in the future. I like my blog to be analytical, calm and for the most part helpful. But reading these wise cracks in exceedingly poor taste is the kind of shit that really ticks me off.

That gem up there betrays a lot more than content – it betrays their terrible attitude. The fact that a section of the playerbase cares about a certain race should be reason enough for folks on the team to atleast take gnomes seriously.

Sadly, nope. We get more har-har gnome jokes. I can lump not having content, and being stuck with an irradiated city. But seeing their attitude threw out all my excitement for the expansion and has made me seriously think about whether this is the kind of dev team that I want to continue to support. Perhaps I wouldn’t have given it much thought a year or two ago but I feel like I’m at a point where I really don’t want to put up with this.

It is in short, discouraging and disheartening to read things like this. At the end of the day, the jury is still out as far as Legion is concerned. If their goal was to bring back players, well their little joke there just blew it with me as far I’m concerned. Despite the cool things I saw, I’m not yet ready to claim that I will be back in the new expansion, ready as ever to play. And it’s a little sad because until recently, I was so sure that I was.

4 thoughts on “I was not prepared”