I just happen to put this one together today on a whim – mostly from wanting a change from all the pinkess of Alanna’s Embrace.

I’ve always been a huge huge fan of the priest tier set at the beginning of Cataclysm. It has such pretty colours, lots of detail and and just plain looks cool. There were two parts of it that took away from the coolness of it though: i) the enormous bird-feeder type shoulders and ii) the gigantic WWE-type belts of that tier that went along with it. Taller classes can pull these off a bit better –  but on a gnome, it just looks like a disaster. 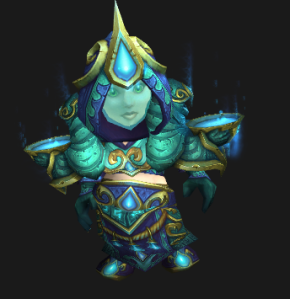 See what I mean?

So there I was wondering what I could use in place of those two. I dug into my bank and found great options for both slots. I like how both the shoulders and the chest have matching gold detail going on, and the length of the shoulders gives a different look – as though wearing honours rather than a mantle. On a gnome it’s particularly cute as they touch the ground when she runs. 🙂

The best part about this set is that you do not have to be a priest to be able to wear it. There are look-alike equivalents that easily get around the tier portion of this outfit. 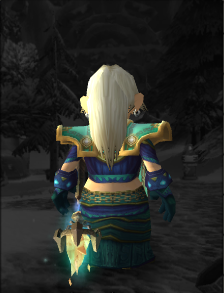 Where to get this set: 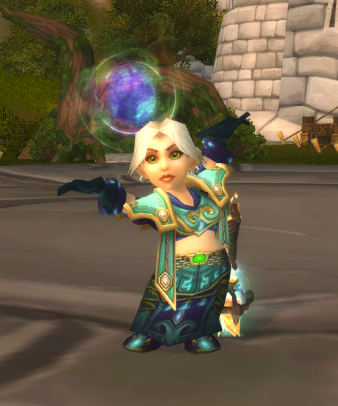 4 thoughts on “Mercurial Vestments with a Twist”