The last couple weeks had me kind of down in the dumps. I positively hate Dragon Soul now – and I think Deathwing and the entire raid was the most underwhelming thing I’ve seen for any end-of-expansion big baddie. I found myself not really caring about the titles in it.

There were titles I’d have given an arm and leg to get in Cataclysm – like “Of the Four Winds”, “Dragonslayer” and “Firelord”. I thought all those fights were cool but sadly, time has sort of run out for me to get those. I hoped for a bit of inspiration from the Theramore scenario – but that just left me down too. And I was beginning to wonder if I should even consider playing in Mists or just walking away before my WoW life got worse. I was looking for a little bit of inspiration.

Well, I got some in the form of this awesome video that Zarhym was kind enough to share over twitter. I particularly love the music and art this video showcases. I’m so ready and so stoked for Pandaria! 🙂

Here’s a list of pre-raid gear for the healing priest in Mists of Pandaria. It includes reputation rewards, heroic dungeon drops, items obtainable from professions, and world drops. It does not include LFR gear. I’ve prioritised spirit gear for us healing priests since mana is usually tight early on. However, I’ve included non-spirit pieces in the list with a little note indicating they lack spirit.

I compiled the list primarily from the dungeon journal and the beta items databases. Keep in mind that since it hasn’t released yet, there are some discrepancies between the two. I’ll try to keep up with any changes  and update this list accordingly.

END_OF_DOCUMENT_TOKEN_TO_BE_REPLACED

Where do I begin. I was looking forward to Theramore. Really, I was. I even waited until my buddy got home to run it for the first time! And then, I ran it…and came out with mixed feelings of shock, disappointment and a general sense of being annoyed and underwhelmed. Why?

Theramore’s Fall involves the destruction of a city that’s been around since Vanilla – its destruction marks a key turning point in the story of the Horde and the Alliance. It was supposed to foreshadow the war that is to come. And the destruction of her city by the bloodthirsty warchief changes Jaina Proudmoore herself. I expected that event of this magnitude would have some amount of detail shown ingame.

Well, it did none of that.

Warning: This post contains spoilers from Tides of War and the Theramore scenario.

END_OF_DOCUMENT_TOKEN_TO_BE_REPLACED

Cataclysm is drawing to a close with Mists of Pandaria approaching on the horizon. I’ve ranted about all sorts of things this expansion, considered quitting more times than I can count and possibly never forgave the devs for destroying Auberdine.

Despite all of that, there are moments of beauty even in the destruction-wrought Cataclysm and that will be my nod to what was for me, a very conflicting expansion. Here’s a glimpse of my favourite landscape of this world.

I’ve included links to the actual images below – enjoy! 🙂

END_OF_DOCUMENT_TOKEN_TO_BE_REPLACED 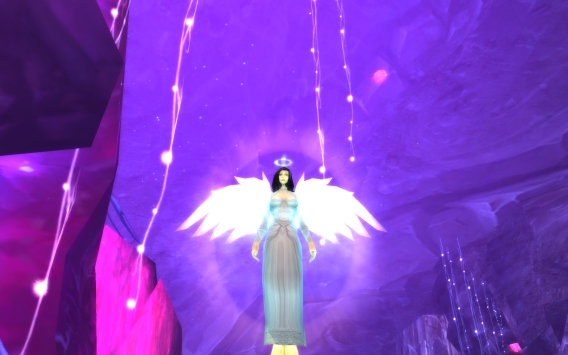 This last week has been that familiar time where my healing world gets turned upside down and I have to relearn it all over again. Like all classes, Discipline healing has seen an overhaul in mechanics, stats and priorities. A week ago I felt awesome in my BiS gear and after the patch hit, I was gasping for mana – and my BiS gear wasn’t so BiS anymore. If this sounds familiar, fear not. You’re not alone and with a little tweaking and switching up of priorities, Discipline healing gets to be fun and interesting. Without further ado, here are my first impressions of Discipline healing in 5.0.4:  END_OF_DOCUMENT_TOKEN_TO_BE_REPLACED